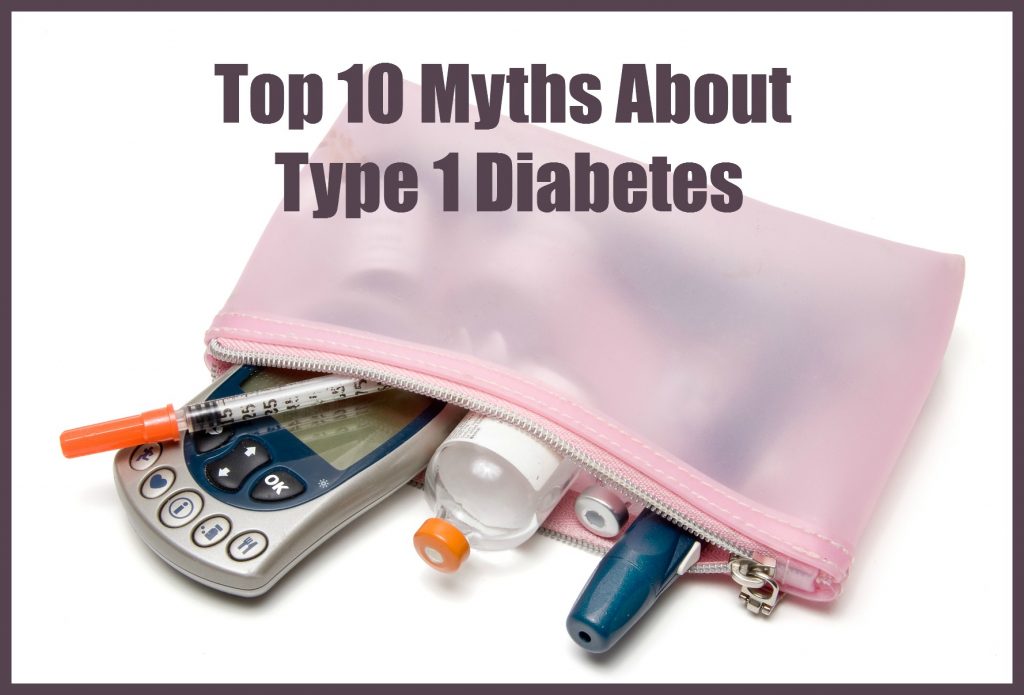 November is Diabetes Awareness Month. When my oldest daughter was 2 we received the devastating news that she had type 1 diabetes. Since her diagnosis we have had to put to rest many false ideas about what type 1 diabetes really is. I thought it would be great to put all those misconceptions in one place and address the most common myths we hear.

In reality people with type 1 diabetes can eat anything they want, as long as they give themselves enough insulin to cover the sugar or carbs they eat. It must be said though that sugar isn’t really good for anybody and should be eaten in moderation, but I’ll save that rant for another day.

2. Type 1 diabetes is caused by being overweight –

Type 1 diabetes is an auto immune disease caused by the body attacking the pancreas. It has nothing to do with weight or diet.

Well meaning friends or family members told me this when my daughter was first diagnosed. “don’t worry, she’ll grow out of it” Sadly that is not the case. She will be insulin dependant for the rest of her life.

5. Artificial sweeteners are good for people with type 1 diabetes –

This one is complicated. Type 1 diabetes is not hereditary. Nobody in my family has ever had type 1 diabetes. However, the autoimmune gene that can cause diabetes, as well as a number of other diseases, can be hereditary.

7. You get type 1 diabetes from eating too much sugar –

Nope, nu-uh, no way. As stated in number 2, nothing that you eat will cause type 1 diabetes. Eating too much sugar can cause a tummy ache, but not diabetes.

Bleh! I hate this one. People with type 1 diabetes can play any sports they want, there are many athletes that have type 1 diabetes such as Gary Hall, gold medal winning swimmer in the 2000 summer Olympics and NBA star Adam Morrison.

Well meaning friend or stranger: “Isn’t she on a pump?” Me: “Yes, but…” Friend/Stranger: “Well then she is cured, right?” Nope. Not even close. The pump is an amazing piece of equipment that has made our life so much easier, but it hasn’t cured her diabetes, it will never cure her diabetes. She will always need insulin, the pump just makes delivery of that insulin easier and more accurate.

10. Type 1 diabetes can be cured with diet and exercise –

I blame Halle Berry for this one. Halle Berry was diagnosed with type 1 diabetes in 1989. In 2007, she claimed in an interview that she had weaned herself off insulin after changing her diet, pretty much curing her diabetes. Um, what? That is not physically possible, it’s a death sentence to stop insulin if you have type 1 diabetes. The fact is that Ms. Berry was probably misdiagnosed and had type 2 diabetes all along. There is no cure for type 1 diabetes.