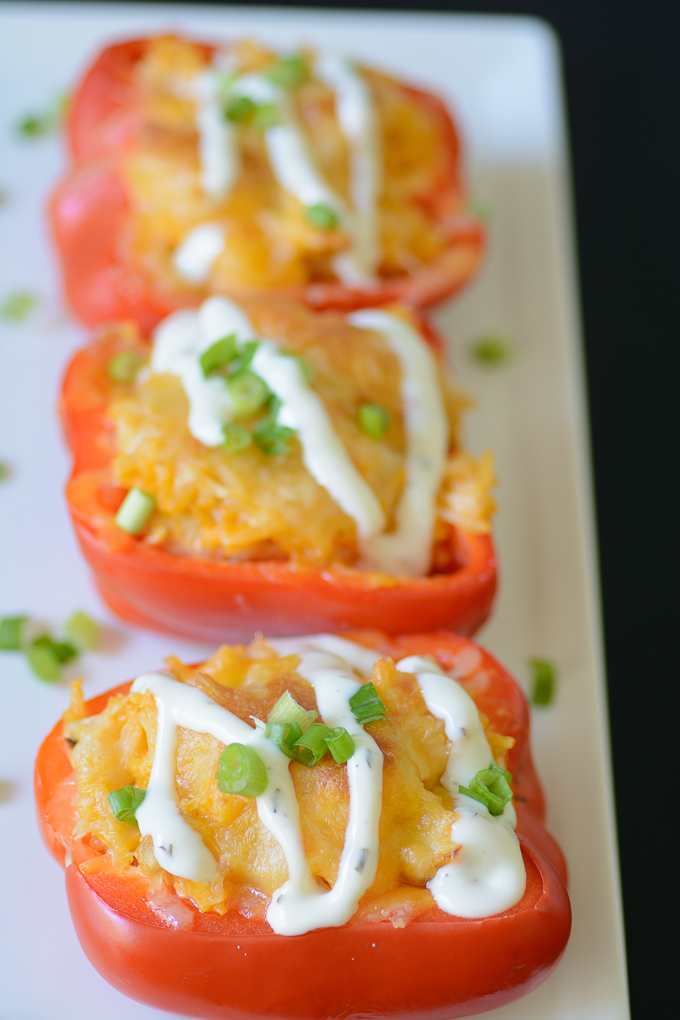 Continuing with the whole red pepper theme, I whipped up these the other day when I was really craving some buffalo chicken dip. While part of me just wanted to sit down with an entire bowl of dip and a bag of chips, my getting too tight jeans vehemently begged me to eat some veggies. So I compromised and put my yummy buffalo chicken dip inside of a veggie and added some rice (quinoa would have been better, but we were all out, gah!).

It was an incredibly successful compromise! Lately in my kitchen, a red pepper has been my must have ingredient and it seemed like it would pair beautifully with the buffalo chicken dip. I was right. I tried green peppers and yellow peppers and they just didn’t have the same kick and they didn’t look nearly as pretty. The red pepper really works in this recipe to bring out the flavor of the buffalo sauce and giving just a little bit of extra kick.

You can also make these paleo by subbing coconut cream and omitting the cheese.

Ready for the recipe?

My Recipes My Lists My Calendar

For the Buffalo Sauce:
For the peppers:

Hope you love them as much as I did! Enjoy! 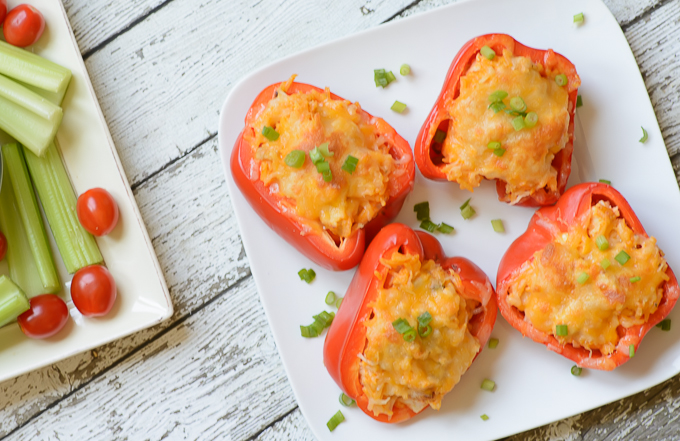